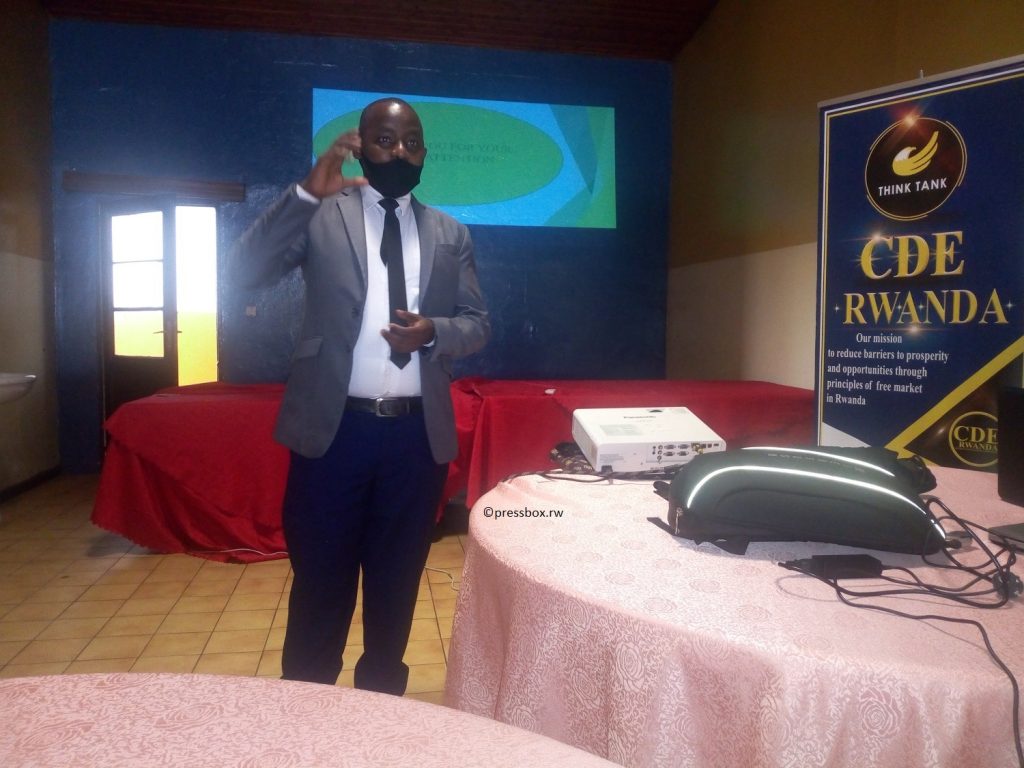 Center for Development and Enterprises (CDE Rwanda) has launched a project aiming at helping both women and government to mitigate the practice of informal business sector, especially street vending.

“It is a project we put in place with assistance of ‘think tank’ (body of experts in giving ideas on economic, political problems). We did a research highlighting where setbacks lie on both sides. We pointed at where government loses, and where street venders lose. On the side of the government, there is a loss in taxation, while on the side of those ladies there is a threat in terms of labor security.” Explained Rene Goscinny Bigirimana, Executive Director and Founder of CDE Rwanda.

He added: “We wanted to assess challenges that make women resist from leaving the black-market and we are eager to follow it up through recommending to all stakeholders including the government to take action. Difficulties that women encounter in this informal sector are remarkable that is why we conducted our project in them.”

The project by research highlights that actions needed are sensitization and effective communication in terms of guidelines regarding official business creation on the side of street venders.

“Women don’t have information, easy access and skills to create formal businesses. In our research, we came up with possible solutions to suggest, including easing the language barrier by which a very individual should have access to business creation information and its feasibility, increasing sensitization in street vendors to better think about their business security and the utility of leaving informal sector.” Said Jean de Dieu Murwanashyaka, program manager at CDI.

The project has started eight months ago with pitch of different cities in the country namely Kigali, Huye, Rusizi and Rubavu involving a sample of 90 women.

CDE initially started as a school club which aimed at encouraging alumni to engage in job creation, rather than waiting for white-collar jobs.

It has, by now wider objectives with mission to reduce barriers to prosperity and opportunities through principles of free market in Rwanda.