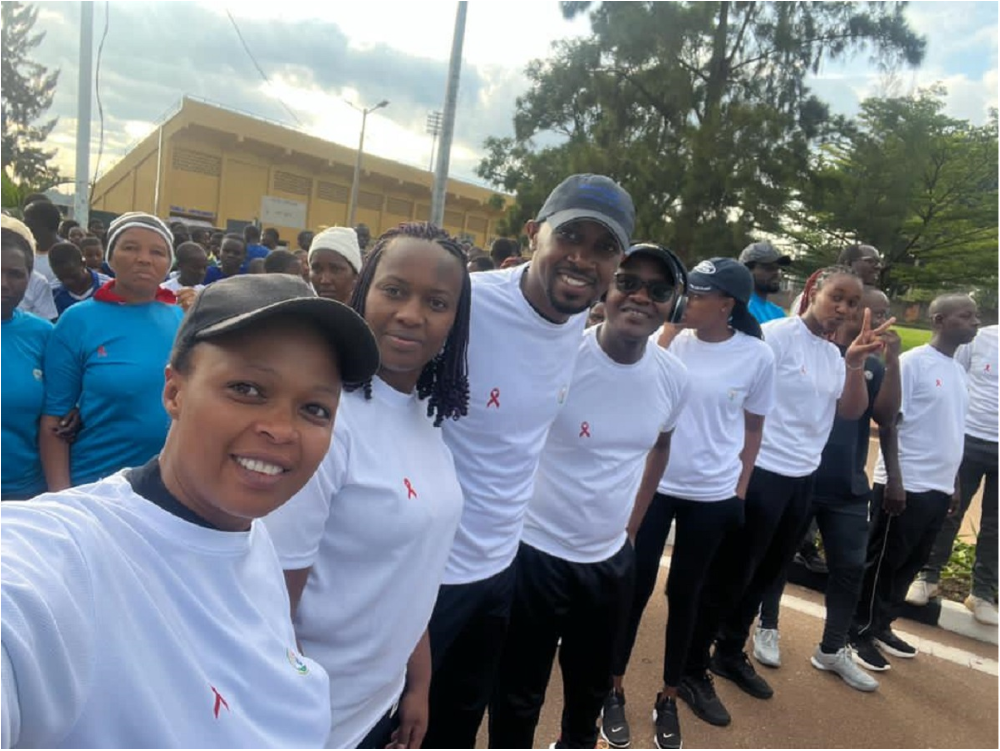 The Executive Secretary of the Rwanda NGOs Forum on HIV/AIDS & Health Promotion, Madam Kabanyana Nooliet, says members are playing a critical role and continue to work hard with other partners s to contribute to the prevention and eradication of the AIDS pandemic in Rwanda by 2030.

As part of preparations, the Rwanda Biomedical Centre in partnership with Rwanda NGOs forum among others on Sunday, November 27, organized a car-free day sports event in Huye district the event was aimed at reminding the youth about AIDS still exists and the measures in place to control and prevent it most especially among school going teens.

Ms. Kabanyana, says that in order to contribute to the prevention and eradication of this epidemic, there is a lot to do and members have worked hard to achieve the 2030 goal of eradicating HIV/AIDS

“Together with our members, we have advocated for changes in laws that restrict access to HIV services, especially for special groups at high risk of contracting the AIDS virus, particularly the sex workers, homosexuals, adolescents even teenagers,’’ Kabayana says

She adds they have taught several groups how to prevent it, the need for getting tested, and the need for taking medication for those found positive “basically I believe everyone can play a role in ending new infections”.

Kabanyana notes that they have engaged and taught local authorities about the need to not isolate special groups that are at high risk of contracting HIV but rather encourage them to seek medical services including testing for those infected.

“Apart from local authorities we have trained those providing services at medical centers on how to handle these special interest groups like providing better care to specific groups, avoiding isolation, as well as continuing to monitor those on medication to ensure that they are taking it properly,” she says.

The NGOs forum has top of providing condoms and lubricants for homosexuals and also trained peer counselors of these special interest groups at high risk of infection so that they can continue to educate their colleagues and be more involved in preventing the spread of the new virus.

In order to achieve the 2030 vision of eliminating the HIV virus, Ms. Kabanyana says that the law should be amended to cater to under 18 teens to access HIV/AIDS services like access to condoms as research findings have shown that the disease has become prevalent among them.