RNP signed a Memorandum of Understanding with Somali Police Force mainly in training, in 2011. Since then, 11 Somali Police officers have been trained in Rwanda, including six senior officers, who attended the Police Senior Command and Staff Course and five at the Intermediate command course.

“This is an opportunity for us to discuss as we endeavour to explore more areas of cooperation to include; sharing of information and intelligence in fighting international organized crime, and terrorism that continues to pose a threat to national, regional and international security,” IGP Munyuza said. The visit, he added, paves way to establish more formal collaboration channels through which communication will be much easier especially while sharing information on matters of security.

“We are happy to share with you our policing experience. Rwanda National Police remains committed to cooperate with Somali Police Force for the mutual benefit of our countries’ safety and security,” IGP Munyuza reiterated.

On his part, the Police Commissioner for Somali Police Force (SPF), Maj Gen Abdi Hassan Mahamed, acknowledged the RNP’s “support in promoting security, peace-building and the rule of law.”

“Historically, the Somali Police Force was founded in 1943 but collapsed in 1991 as all other institutions of our country…but was re-established from scratch in the year 2000 after the reconciliation process that was done in Djibouti”. 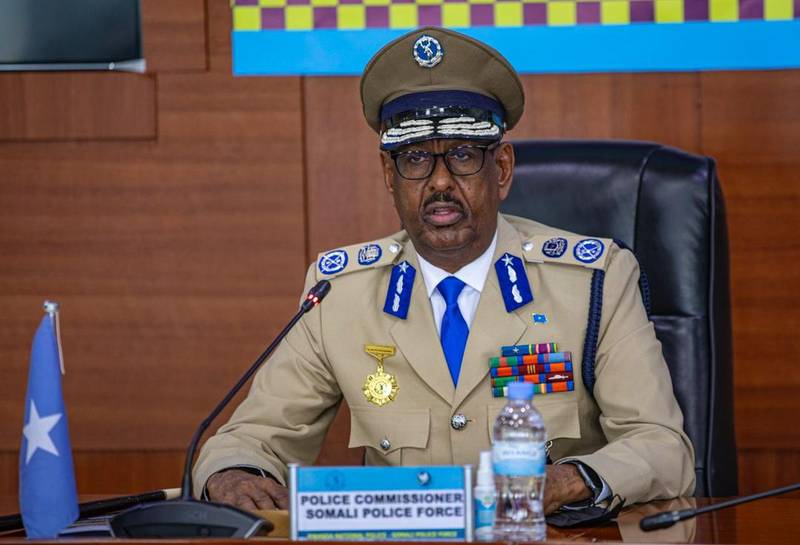 Today, after a long struggle and the re-establishment, we can say that the Somali Police Force is functioning across the country to deliver Police services to protect citizens and their property,” Maj Gen Abdi said.

Over the last 15 years, Maj Gen Abdi said that the Somali Police Force has upgraded its capacity and has gained experience in dealing with terrorists and criminal networks.

He, however, added that although the new police force prides itself for its trustworthy service to the public, the threat of al-shabaab terrorists in the country and other transnational organized criminal networks continue to evolve.

Increasing the number of senior officers in Police Senior Command and Staff Course as well as tactical and junior officers, the Somali Police Chief said, will impact the future transformation of Somali Police Force.

“Somali Police Force is committed and needs extensive support from Rwanda National Police for its mandate and legal framework, which will lead to a safer and secure nation without fear, intimidation, abuse, violence or any other unlawful acts,” Maj Gen Abdi said.

During his week-long official visit to Rwanda, Maj Gen Abdi will tour various RNP facilities including departments and schools.