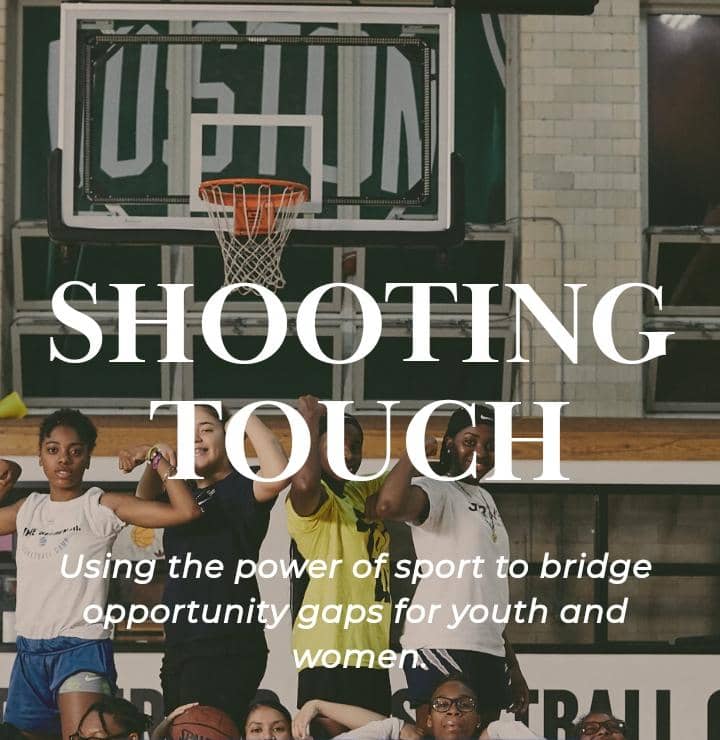 In honor of International Women’s Day (IWD),
Shooting Touch Rwanda (STR) will host a community-wide celebration, utilizing the power of sport to recognize and uplift the remarkable women of Rwanda.

The celebration, to be held on Sunday, 27 March from 8:00am to 1:30pm in Nyamirama Sector, Kayonza District, will include a 5km Car-Free Zone March, a basketball tournament, community health education, and free health testing.
Event partners include Kayonza District, Rwanda’s Ministry of Health, Nyamirama Health Center, Paper Crown Rwanda, and the Rwanda Basketball Federation (FERWABA).

Shooting Touch Rwanda is an international nonprofit organization that uses the sport of
basketball as a tool to build healthier and more equitable communities in Rwanda’s Eastern Province. By increasing access to physical exercise, offering life-saving health education and health insurance sponsorships, and promoting female empowerment and gender equity, STR
creates generational change for thousands of Rwandan women and children.

International Women’s Day is a global celebration of the social, economic, cultural, and political achievements of women around the world. The day also marks a call to action for accelerating gender balance through events, campaigns, and education. Keeping in line with that theme, the goal of STR’s 2022 International Women’s Day event is to bring together people of all ages from across Kayonza District to celebrate women, advocate for gender equity, and speak out again gender-based bias and discrimination.

The 5km March through the car-free zone is an opportunity for Shooting Touch and the Kayonza community to raise awareness for women’s rights and equality. The march will begin at 8:00am at Urugo Women’s Opportunity Center in Kayonza and conclude at 9:00am at the Shooting Touch Basketball Courts in Nyamirama. Following the march, Shooting Touch will present a 3-on-3 basketball tournament along with a series of speeches from community leaders focusing
on the importance of gender equality, female empowerment, community health, and the value of sport.

In partnership with Nyamirama Health Center, Shooting Touch will also be providing community members in attendance with free testing for HIV and other sexually transmitted diseases (STDs) throughout the event.

Although Rwanda has made significant progress towards ending the HIV/AIDS epidemic, there are still over 210,000 Rwandese living with HIV, including 3.7% of
Rwanda’s female population and 2.2% of the male population, according to the Centers for
Disease Control and Prevention – and many more don’t know their status. Shooting Touch
believes it is important to know your health status, especially for women who suffer more from the impacts of HIV and other STDs in Rwanda.