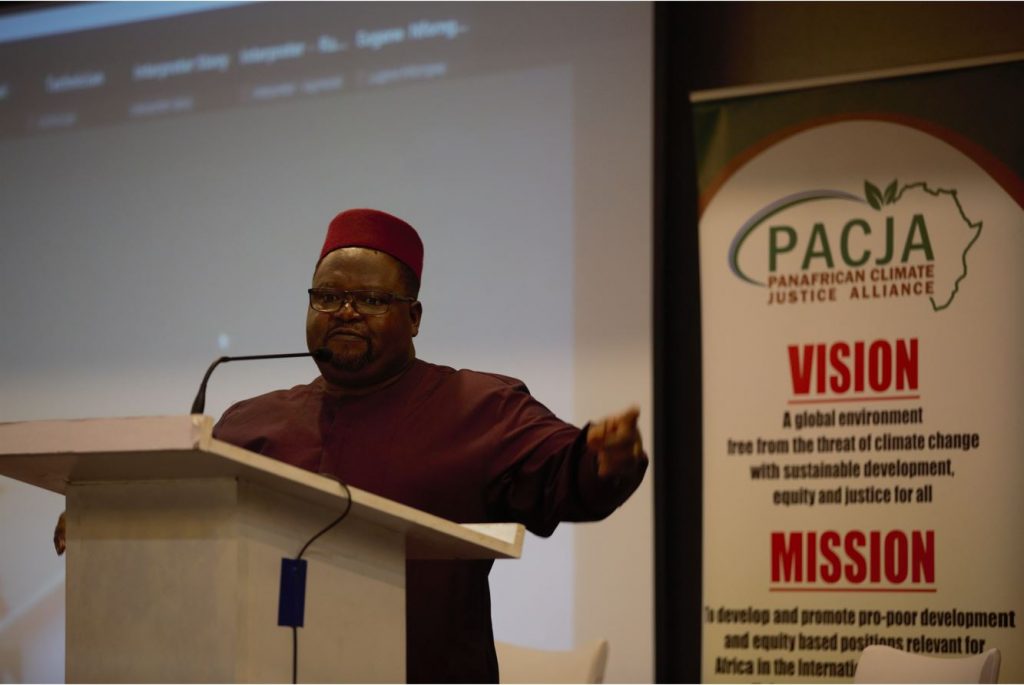 African climate campaigners have castigated their Governments who continue allocating more resources to mitigation measures when yet they often cite adaptation as core for the continent.

Speaking in Kigali , Rwanda, on March 6, 2022, Dr Augustine Njamnshi, the Chair of Political Affairs at the Pan African Climate Justice Alliance (PACJA) urged governments to see finance for loss and damage as a responsibility and act quickly to tackle climate adaptation and alleviate the risk associated to climate crisis.

Olufunso Somorin, Africa Development Bank said it is quite unfortunate that adaptation finance continues to suffer despite being a priority for Africa.

“It is time for the African governments to put money where their mouth is and cease from being dictated to by developed nations”, he said.

Nicholas Abuya, Global Policy Lead Care International, added that, “there have been lots of struggles about who should provide adaptation finance. But it is not right that Africa should be spending the meager resources to mitigation yet demand funds for adaptation finance.”

“While there has been progress in the process of prioritizing adaptation in the Glasgow Climate Pact, in practice there is very little substantive achievements. We will continue to increase our statements on the need to address the difficulties and complexities involved in adaptation actions and the need to make the Glasgow – Sharm el-Sheikh Work Programme operational, to enable full and sustained implementation of the Global Goal on Adaptation, as well as to measure progress,” Njamnshi added.

Njamnshi, noted that the poorest and most vulnerable communities have contributed the least to climate change and therefore should not be required to bear the burden of adaptation, loss and damage.

He noted a number of reports and analyses by partner organizations have shown how the developed countries, who bear the greatest brunt of greenhouse emissions continue to neglect adaptation finance.

“There is virtually no progress in increasing the share of adaptation finance in overall climate finance, despite the objective enshrined in the Paris Agreement to reach a balance between mitigation and adaptation financing. Worse of it, adaptation finance is too often provided as loans, rather than grants, they opt to burden poor developing countries further with debts to address a crisis they had little or no role in causing,” he continued.

Somorin disclosed that since adaptation continues to be less attractive for investors from the north, it has now become a priority area for the AfDB policy and investment.

Somorin encouraged CSOs to see adaptation as everybody’s business and not just the government’s.

He said, “going to COP27, Africa should look to address our structural challenges that hinders fund access.”

According to Fredrick Ouma, African Group Negotiators (AGN), developed countries usually over-estimate the actual financial support they provide to developing and least developed countries by using a generous accounting methodology for projects where adaptation components are only minor.

He stressed that there was a need input more effort to ensure adaptation initiatives, projects, programmes, policies were promoted and key principles of good adaptation practice such as human rights and gender equality were implemented.