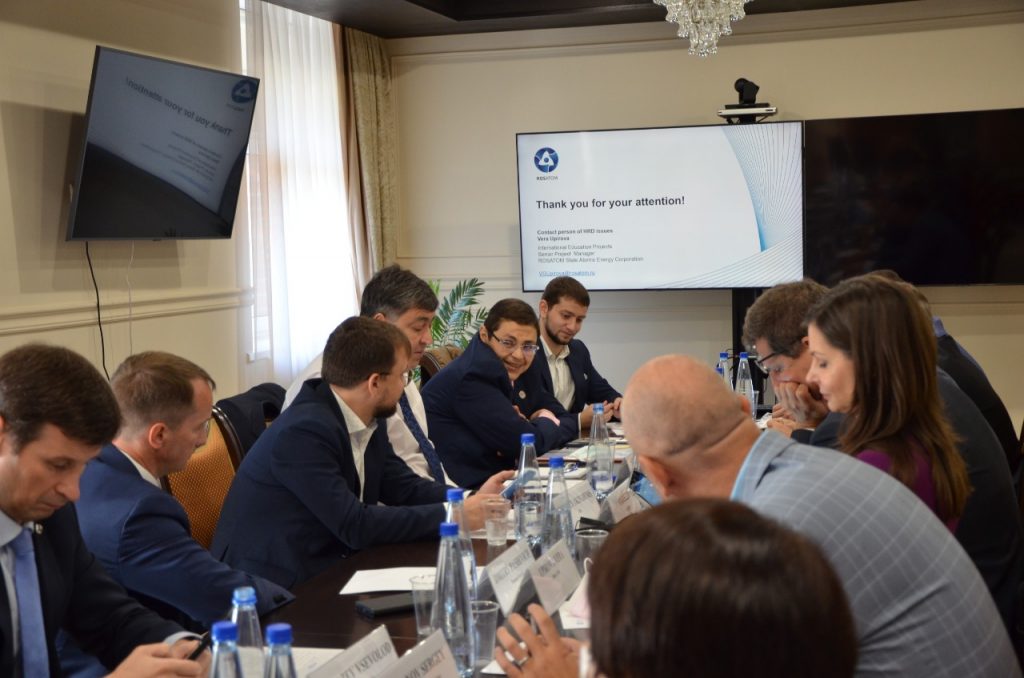 In early September, the first groups of specialists from Egypt’s El-Dabaa NPP began training at the St. Petersburg branch of Rosatom’s Technical Academy. The training programme is being carried out in the framework of contracts pertaining to the construction of Egypt’s first nuclear power plant.

The training programme for the personnel of the nuclear power plant currently under construction in Egypt will be inaugurated with a six-month Russian language course, which will have an enrollment of 465 Egyptian students. After that, the Egyptian specialists will start their theoretical training course on the basis of a reference Rosatom nuclear power plant and will undergo practical training and internships at Leningrad NPP-2 and at other workplaces. Rosatom will train about 1,700 specialists in the framework of this programme by 2028. The programme will take place at both Rosatom Technical Academy in Russia and the Nuclear Power Plant Training Centre in Egypt.

“We are grateful to Rosatom for a unique and comprehensive proposal for the development of nuclear technologies in our country.We have ambitious plans in this area,” said Mohamed Ramadan, Vice Board Chairman of NPPA for Operation and Maintenance, General Supervisor of El-Dabaa NPP Project Management, at the grand opening of the training programme. “We understand that the training of highly qualified specialistsfor the operation of 4 unitswith internships at an operational reference NPP requires a lot of resources. A step towards this cooperation was made more than ten years ago, when the first group of Egyptian specialists came to study at Rosatom’s Technical Academy (then called the Central Institute for Advanced Studies). This was an important moment for both sides, a symbol of the positive way in which our cooperation is developing.”

“Egypt is a developed, technological country that can become a leader on the African continent and solve global energy problems in partnership with Russia,” said Vladimir Artisyuk, Advisor to Rosatom’s Director General. “There are many young people here who strive to get a good job in the future, and the country’s government is actively working on its youth agenda at an international level. Since 2017, Egypt has organized theWorld Youth Forum, an annual project that attracts the participation of the top leadership of the United Nations and, since 2019, the top leadership of the IAEA. Such programmes form the basis of Egypt’s large scale national projects in the field of energy, including nuclear energy. There is reason to think that the country will become Africa’s energy producer.Summarising these trends, we can say that Egypt can make a significant contribution to the UN’s global sustainable development agenda, both in terms of access to affordable energy and in terms of eliminating greenhouse gas emissions.”

Grigory Sosnin, Vice President, Director of the El-Dabaa NPP Construction Project of JSC ASE, noted the importance of training the personnel of the nuclear power plant currently under construction in a timely manner. “This is a long-awaited event for us. The great Russian commander, Alexander Suvorov, said that learning is light and ignorance is darkness. Russia will become a second home for Egyptian trainees and nuclear knowledge will bring light to your homes,” he said.

According to the rector of Rosatom Technical Academy Yuri Seleznev, the St. Petersburg branch has made efforts to further equip its training facilities and modernise its IT infrastructure to improve the quality of training of personnel. Instructors, amongst them both experienced operators who have worked at nuclear power plants for many years and young specialists who have completed long technical training courses, have had internships at nuclear power plants, and are fluent in English, have been prepared to conduct trainings. An analytical simulator is also expected to be commissioned at the training site by the end of the year. Students’ living conditions were also improved, taking into account the cultural characteristics of the Arab country, in the framework of an investment project for the development of Rosatom Technical Academy.

“Today is a historic day for Egyptian students: they are connecting their lives with nuclear power, and for our part, we must do everything possible to help them achieve success,” said Dmitry Pashevich, Rusatom Service JSC’s First Deputy Director General.

The El-Dabaa NPP will be the first nuclear power plant in Egypt. It will be built in El-Dabaa city in Matrouh province on the shores of the Mediterranean, about 130 km northwest of Cairo.

The El-Dabaa NPP will consist of four 1200 MW-capacity power units, each equipped with a generation 3+ VVER-1200 reactor – the latest generation nuclear NPP technology – which has already been successfully implemented in two other countries. There are four generation 3+ units operating in Russia, two at Novovoronezh NPP and two at Leningrad NPP. Outside of Russia, one VVER-1200 reactor-equipped power unit at Belarus NPP was connected to the grid in November 2020.

The construction of the NPP is being carried out in accordance with the suite of contracts that entered into force on the 11th December 2017. The contracts stipulate that the Russian side will not only build the station, but will also supply Russian nuclear fuel for the NPP’s entire life cycle. They will also assist Egyptian partners in training personnel and NPP maintenance for the first 10 years of the Plant’s operation. The Russian side is also contracted to build a special storage facility and supply containers for storing spent nuclear fuel.