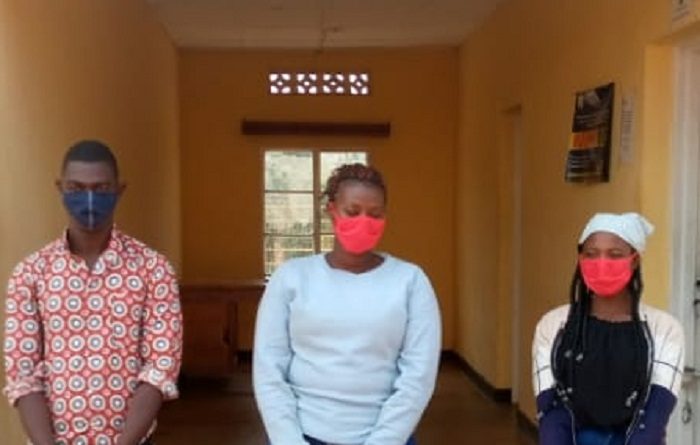 Three people have been taken into custody in Huye Sector, Huye District in connection with fleecing a local residents of Frw300, 000.

Grace Mutesi, 24, Elyse Iradukunda, 21, and Jean De Dieu Uzabintwari, 27, were arrested on Tuesday, July 6, in connection with transferring Frw300, 000 from the Mobile Money account of one Daniel Hategekimana.

The money was allegedly wired by the trio to other mobile accounts on June 24, when the victim was having drinks in Urwuri bar owned by Jean De Dieu Nzabarushimana located in Agahenerezo Village, Rukira Cell, Huye Sector.

Mutesi is a bartender at Urwuri bar while Iradukunda and Uzabintwari also friends to Mutesi, were clients at the bar.

The Police spokesperson for the Southern region, Superintendent of Police (SP) Theobald Kanamugire said that the case involves fraud, violation of the government Covid-19 prevention directives and rape.

“Nzabarushimana was operating a bar and bars are still closed, but the bar was als operating even in curfew hours–9:30pm. Secondly, the three people connived to obtain Hategekimana’s Mobile Money account PIN and stole his money after he got drunk.

Another serious case that is still under investigation involves Uzabintwari, who allegedly raped a woman later that night as he was returning home,” said SP Kanamugire.

The owner of the bar, Nzabarushimana was also located and arrested for violating the government directives.

Although the suspects admitted to stealing the money from the mobile account, they said that it was less than what Hategekimana claimed.

Mutesi, one of the suspects and an attendant at the bar told the Police that Hategekimana had accumulated a bill of Frw39,000. In the process of clearing the bill, Mutesi managed to obtain the PIN which she shared with Iradukunda and Uzabintwari.

According to Mutesi, she wired Frw50, 000 from Hategekimana’s Mobile Money account, Iradukunda stole Frw15, 000 while Uzabintwari admitted to transferring Frw160, 000.

SP Kanamugire advised the public to hide and guard their banking particulars to prevent such fraud or theft.

The suspects were handed  over to RIB at Huye station for further legal process in the theft and rape cases.

Anyone convicted for fraud under article 174, faces between two and three years in prison and a fine of between Frw3 million and Frw5 million.