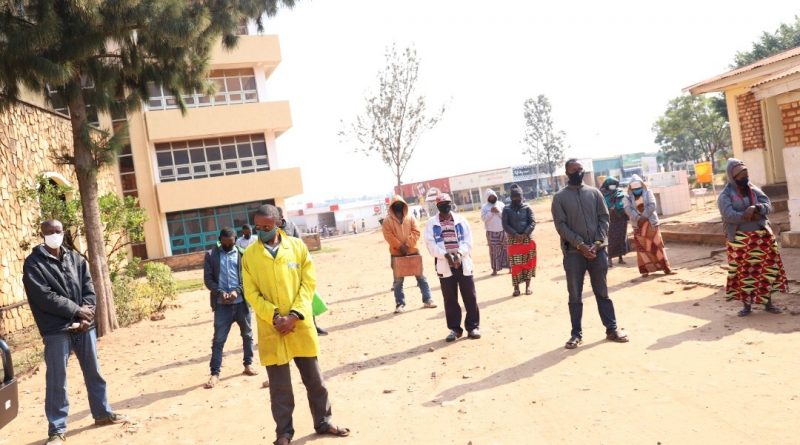 Twenty-nine people have been arrested in Kicukiro and Huye districts where they were found in bars drinking. The separate Rwanda National Police (RNP) operations were conducted on Saturday and Sunday.

In City of Kigali, 12 people were on Sunday, July 4, at 4:15pm, found gathered and drinking at Mojo Palace Motel located in Uwabarezi Village, Rubirizi Cell, Kanombe Sector of Kicukiro District. 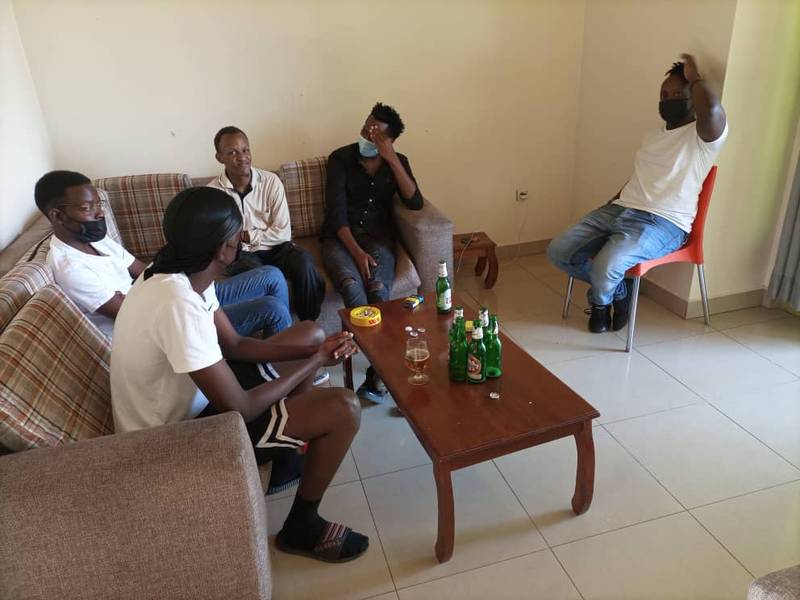 In Huye District, 17 people were caught on Saturday at about 7pm, at the restaurant-turned-bar belonging to one Anatole Nshimiyimana located in Nyarurembo Village, Gitwa Cell, Tumba Sector.

The violators were showed to the media on Sunday, July 4.

Bars are still closed and all social gatherings including celebrations of all kinds are prohibited both in public and private settings under the government directives to prevent the spread of Covid-19.


Eric Ndoli, 30, the manager of Mojo Palace motel, who was also arrested, while speaking to the media, could not explain as to why they opened the bar to customers even when they well knew that it was prohibited.

“I know it is prohibited and what we did was in violation of the government directives. I ask for forgiveness,” said Ndoli

Adalbert Rukebanuka, Kicukiro District Deputy Executive Administrator (DDEA) said that people must swallow their pride and jokes over the deadly virus and respect the directives. 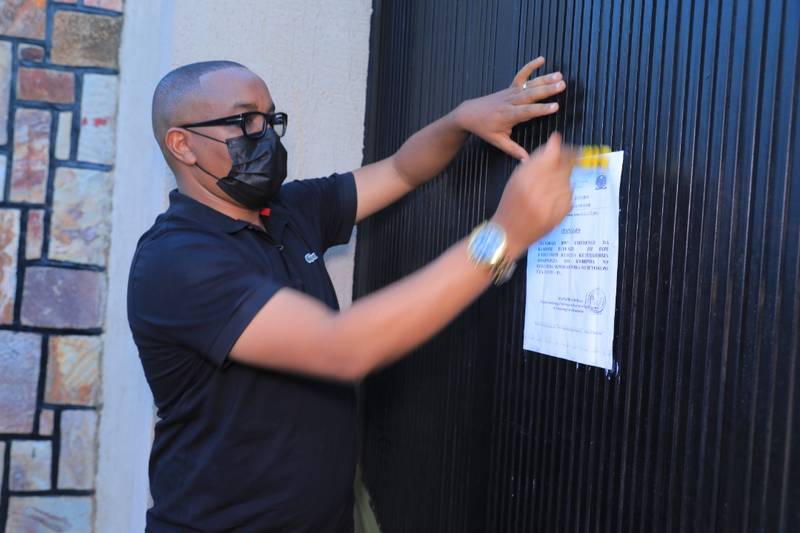 “Twelve people were found seated drinking in this motel which is prohibited under the Covid-19 prevention directives. We have closed this motel and the manager alongside with clients will be fined,” said Rukebanuka

He added: “The directives are very clear and known to everyone. We have all experienced the wrath of Covid-19 with people still dying. People should wake up, see and understand how deadly this virus is, and observe the directives.”

RNP spokesperson, Commissioner of Police (CP) John Bosco Kabera said that the violators were arrested due to the information provided by the local residents.

“Police received information at about 4pm that a group of people was gathered at Mojo Palace motel drinking. When Police officers arrived, they found 12 people congested in a small room of the motel drinking,” CP Kabera said.

“You might think that where you are there is no Police and you can flaut the directives, open your bar or any other prohibited services and events or hide your clients in rooms. However, remember that there are people around you who are observing what you are doing and feel the responsibility of reporting such deliberate violations to save lives,” he added.

“What we expect from everyone is maximum compliance with the directives. If you want to drink, buy your drinks and take them from your home but do not expose people or yourself to the virus by engaging in such gatherings.”

He equally called upon the youth especially students who have returned for their holidays, to stay home, avoid unnecessary movements and any practices that can expose them to Covid-19. 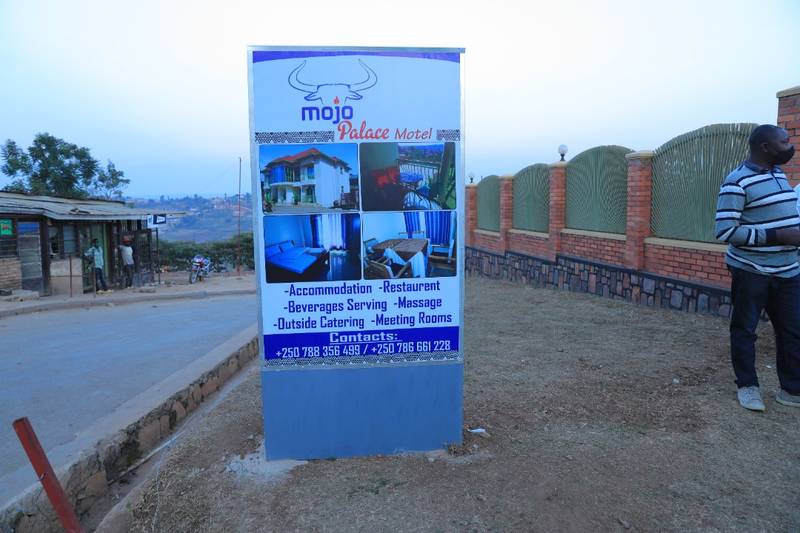 The violators in Kigali were taken to Kicukiro stadium. All the 29 violators in Kicukiro and Huye were also tested for Covid-19 at their own cost and handed administrative fines.