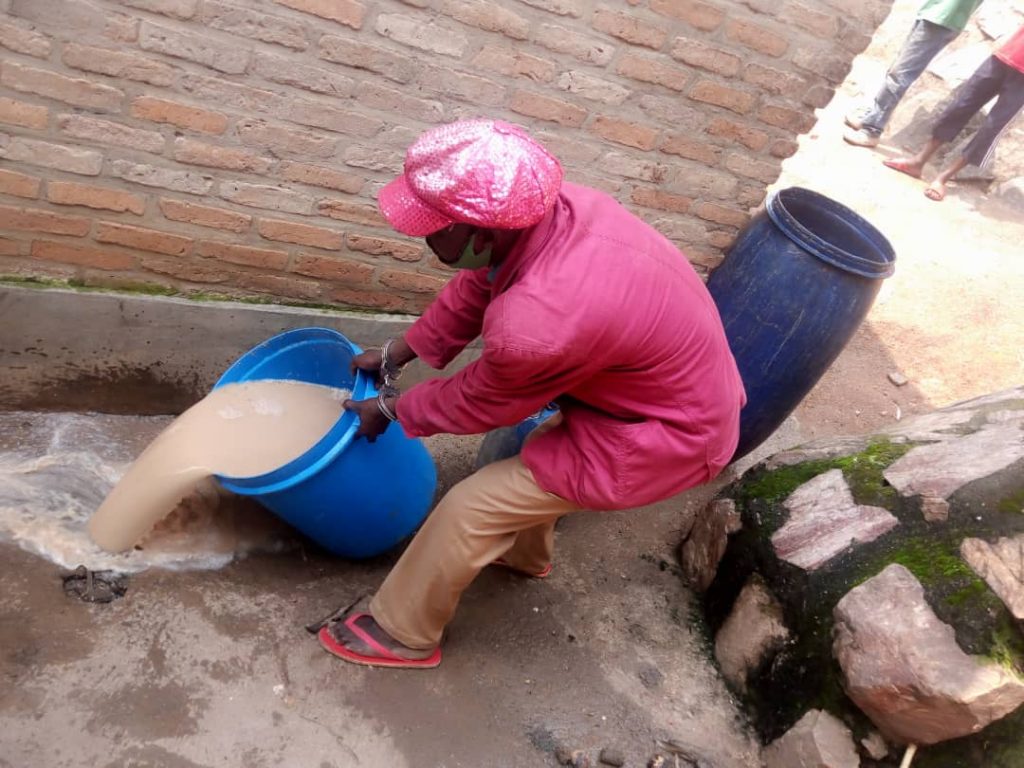 Police and local authorities in Gisagara District have seized 840 litres of illicit brew from different distillers and local bars.

This was during coordinated operations conducted on Saturday, February 13, in the three sectors of Mamba, Gikonko and Mukindo to fight production, sell and consumption of illicit drinks.

Superintendent of Police (SP) Theobald Kanamugire, the Police spokesperson for the Southern region said the distilleries were producing a psychrotropic substance called Nyirantare, which is sold in most local bars even in this period when bars are among prohibited businesses because of their vulnerability in spreading the COVID-19 pandemic.

Nine people, who were producing and selling illicit brew were also arrested in the process, SP Kanamugire added.

About 430 litres were seized from five distillers and sellers in Murambi village, Ramba cell, Mamba sector.

Three other dealers in illicit drinks were arrested in Mukabuga village of Nyabisagara cell in Mukindo sector with combined 180 litres.

In Gikonko Sector, Police and local authorities seized 230 lktres from the home of one Cassien Nkeramihigo located in Sanzu village, Cyili cell.

According to SP Kanamugire, Nkeramihigo was also on the list wanted drug dealers.

“Nkeramihigo was wanted for allegedly selling cannabis and is connected to other drug dealers arrested in previous operations. He had escaped in the previous operations when Police and local leaders also seized other 360 litres of illicit brew from his home on February 1,” the spokesperson explained.

Nyirantare is classified among simple drugs under the Ministerial Order No.001/MoH/2019 of 04/03/2019 establishing the list of narcotic drugs and their categorization.

Under article 263 of the law determining offences and penalties in general in Rwanda, anyone convicted for dealing in “simple drugs” faces between seven and ten years in prison and a fine of between Frw5 million and Frw10 million.