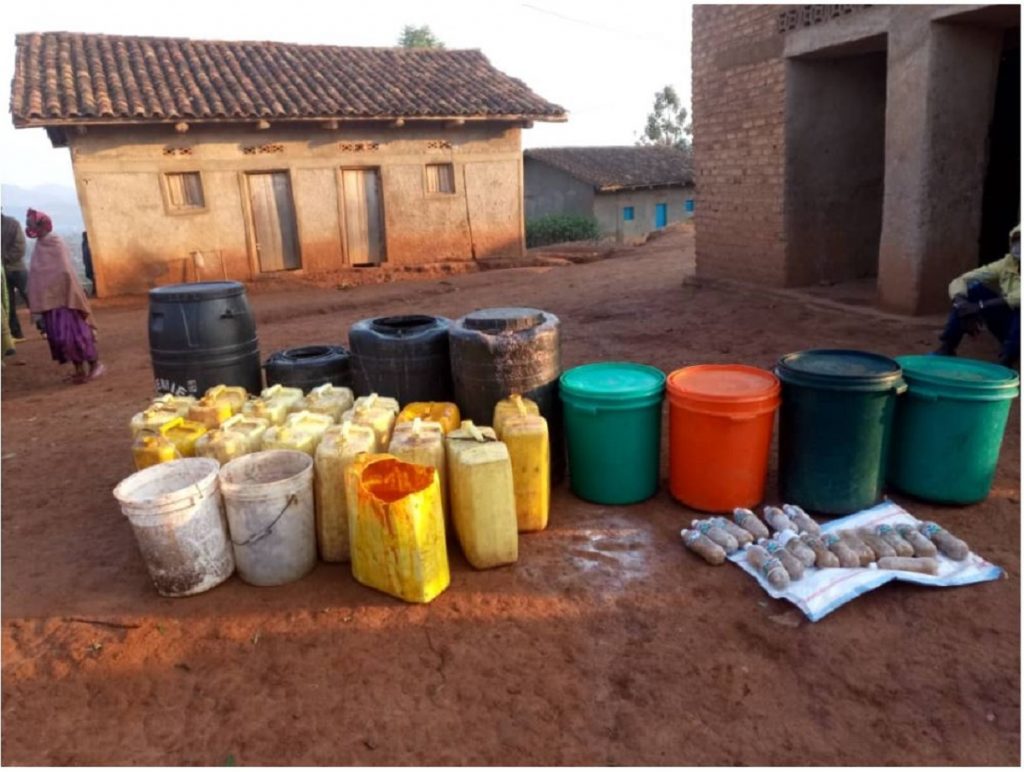 The operations were conducted between January 5-7 in the districts of Gisagara, Nyanza, Huye and Nyaruguru. This came less than a week after more than 2,300 litres of illicit brew were also seized in the same districts.

According to Superintendent of Police (SP) Theobald Kanamugire, the Police spokesperson for the Southern region, this is part of the ongoing joint operations targeting people running illegal distilleries or selling illicit drinks.

“The operations are meant to break chains of supply. Last week, the operations were conducted in Kamonyi, Gisagara, Huye and Nyanza where over 2300 litres of Muriture substances were seized from specific homes that were being used as breweries.

In the same way, Police continued to receive more credible information about other distilleries in Gisagara, Nyanza, Huye and Nyaruguru,” SP Kanamugire said.

Muriture is classified as a simple drug, under the Ministerial Order No.001/MoH/2019 of 04/03/2019 establishing the list of narcotic drugs and their categorization.

Rwanda Standards Board (RSB) specifies that “only food-grade processing aids recognized as safe for human consumption shall be used during the manufacture.”

All drinks with an alcoholic content exceeding 45 percent as well as all those without the standard mark (S-Mark) issued by Rwanda Standards Board (RSB) are classified as narcotics.

In article 263 of the law determining offences and penalties in general, anyone convicted for simple drugs faces between seven and ten years in prison, and a fine of between Frw5 million and Frw10 million.