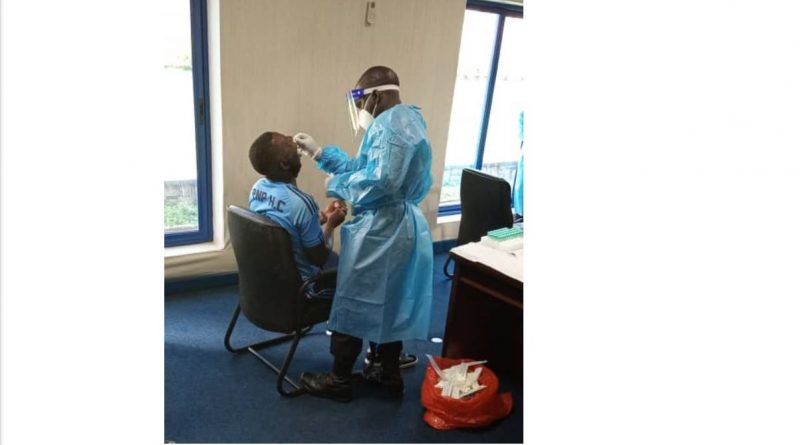 Police Handball Club players and management were, on November 27, undergoing the COVID-19 test at the Rwanda National Police (RNP) General Headquarters in Kacyiru.

This is in preparation for the resumption of the 2020 Rwanda Handball Championship season, which was put to halt back in March when the country went into lockdown as one of the measures taken to respond to the pandemic of the COVID-19.

The handball championship was temporarily suspended just after two matches into the new season.

The record seven-time champions are pooled in the Southern Province League alongside UR-Huye, ES Kigoma, Nyakabanda and Munyove.

They had won all their first two games; 33-19 against Nyakabanda and 42-25 against ES Kigoma.

“The General Assembly held back in August had proposed that the championship will resume in December, so the COVID-19 test, which is compulsory as per the government directives, is part of our preparations,” Inspector of Police (IP) Antoine Ntabanganyimana, Police Handball coach, said.

He added: “When we get our results, we will start our residential training as we wait for the formal communication on the new fixtures and date for the championship to resume.”

They are also the current holders of the East and Central Africa Handball Confederation Cup as well as Heroes Cup won in February this year.