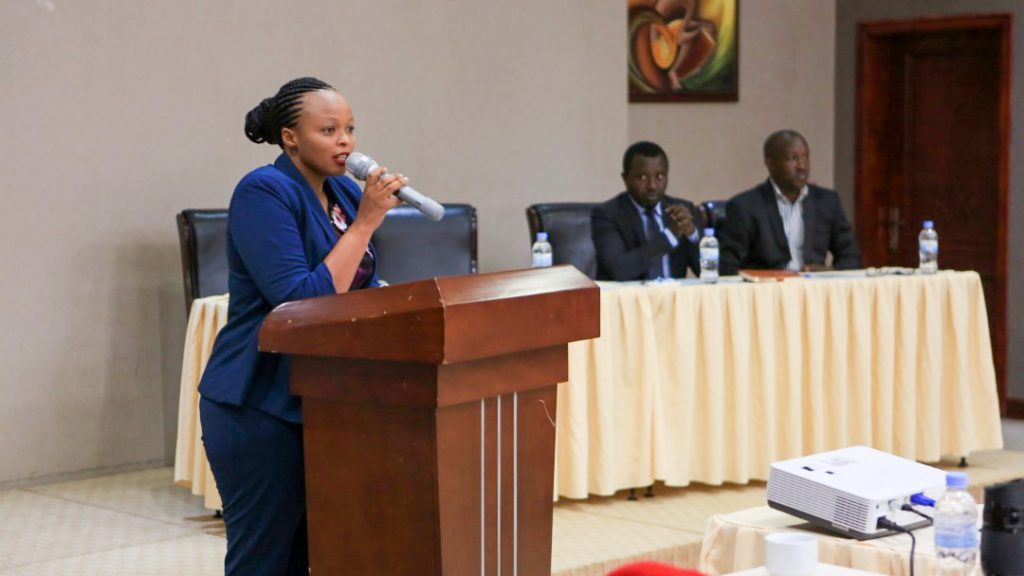 Gender-based violence (GBV) is still a widespread problem in Rwanda, but it is well known that both males and females are equal in the eyes of the law. This is why it is unlawful to commit violence against someone because of their gender.

Innovative national strategies and policies have been initiated by the government to eliminate GBV and promote gender equality at all levels.

The fight against GBV goes hand in hand with promoting gender equality. In that struggle, it is not only the government’s role to ensure that Rwanda is free from this type of violence, but it is rather the role of all government partners like NGOs (Non-Governmental Organizations) to feel concerned and act towards ending it.

In that regard, Rwanda NGOs Forum in collaboration with members of coalition including HDI, GLIHD, IMRO – with the support of JRLOs Secretariat in the Ministry of Justice – in line with the current project of ‘’strengthening Rwandan civil society organizations’ capacity to influence Policy’’ funded by the Embassy of the Kingdom of the Netherlands in Rwanda – organized a meeting on Tuesday October 16, 2019 aiming at developing a common framework for collaboration amongst key actors involved in programing activities in relation to justice, reproductive health, psychological assistance and reintegration of GBV victims.

The group of attendants agreed on the subject that in the fight against GBV, prevention remains the best medicine, but also protection and legal aid of GBV victims is vital.

“we obviously observed that GBV is still a problem in Rwandan society, so we, as a Forum, decided to generate space for discussion on the issue and see what to do from prevention to the provision of prevention and legal aid in our capabilities”, She said.

“we, the civil society, want to approach the victims and sensitize the them to report GBV cases on time; we also aim at approaching different families especially parents to sensitize them about daring to talk to their children about sex, and sexual abuses so that the children would be aware of any danger relating to GBV – thirdly we want to conduct researches on GBV because research is a crucial element in elaborating how the problem is and it makes it easier to fight it.” She added

Anastase Nabahire, the Coordinator of JRLOS (Justice, Reconciliation, Law and Order Sector) in the Ministry of Justice said: “we (government of Rwanda) thank the effort of these different NGOs because we need them in going to different areas to elaborate and look for suitable remedy in fighting GBV. The government policy we have in the country is always there to collaborate with good willing partners.”

Another point that was discussed is that problem of Gender Based Violence is that many survivors fail to report their cases and sometimes, it is simply out of ignorance.

At that point, the representative of RIB, Murebwayire asked NGOs and other development partners to keep tracking new innovative solutions which are very practical in order to achieve the fight against GBV.

Some recommendations were made during open discussions including that efforts have to be made by every entity to encourage the victims to report cases; there should be a special focus on combatting the culture of silence deep-rooted in the Rwandan society as a whole.