In a bid to prepare future professional Engineers, Creativity Lab in Partnership with Africa Code Week under the support of UNESCO have organized Africa Code Challenge competition where three Rwandan children won it at the national level.

The Africa code week is an initiative of SAP, a global company that initiates Africa Code Week in partnership with UNESCO.

Speaking during the awarding ceremony on Friday, October 30, 2020, Ildephonse Mungwarakarama, the founder of creativity lab and Africa Code Week Ambassador said that the Africa code week is a big event conducted in all countries of Africa and it is currently being conducted in 54 African countries including Rwanda.

This competition that is conducted annually has brought together 30 Rwandan children who applied for participation, where among them 20 managed to submit their projects in computer programming, scratching and coding. The three winners were selected and given awards following their performance. Participants were coached online and made registration since two weeks ago.

The competition took place the first time ever in 2015 and this year is being conducted online to abide by the COVID-19 preventive guidelines.

“This year, because of Covid-19, the event is not organized all over the country, but now they organized what they call African code challenge. Going back for the previous years, the Africa code week reached many districts in Rwanda where they teach kids to make awareness of computer science for kids, it is where they train kids about programming and computer science,” Mungwarakarama said.

“We trained those kids in previous years and we do not want them to miss the Africa code week this year, it is the reason why we organized online competition where every child was allowed to apply and work on the project with the team and demonstrate how their technology can improve the future education.” He added.

He said that interested children worked on their projects to make different games fitting with the existing theme.

“10 children did not submit their projects but we supported all of them online to meet the deadline but finally we found those 20 who successfully submitted their projects. After evaluating with the jury, we managed to get the top three (3) national winners who will compete with other top three winners from each country of Africa.” Mungwarakarama explained.

The first award went to Xavier Maurice Gonda Cooper, a P3 student who returned home with a brand new HP laptop computer, modem blued band device and one-month internet, the second winners are Gatarayiha Teta Yedidia and her brother Gatarayiha Junior Norce who did a joint coding project. They got a tablet smart phone and one-month internet package. The third award went to Bezalel Magede Tatenda who was given a smart phone with a-one month internet valued in Rwf 10,000.

The winners are waiting for the next phase of continental award that is set to take place in this November.

The second phase of the competition at the Regional level will be done in video format where children will since Monday, November 2, 2020, start submitting videos while the winners will be announced in December.

Mungwarakarama advise parents to encourage their children to participate in the next year competitions as they contribute to educating future professional engineers.

“30 children who applied for the competition are not enough, because we have a big number of children who also know how to programme scratch as it is included in their school curriculum but participating in the competition is another thing that will help them in the future, where everything is guided by competition, I can tell parents to give opportunity to their children to come and compete, we want to have professional engineers and this starts at the early age,

Winners and parents speak out

“I feel great and so surprised; it took me a long time. It was a very hard decision to choose the components, but I just chose billiard table. Coding is very easy, super easy, I am going to improve and I am ready for the next phase. Children need to know coding, it is easy, super easy!” said Xavier Maurice Gonda Cooper, a P3 student and first winner of Africa Code week Challenge.

“I appreciate this award; I and my brother did our best in order to get this prize. It is bout coding and scratching in making a game. I can tell my generation that they have to improve their education and put efforts in Science and Technology.”  Said Gatarayiha Teta Yedidia, 13, Senior 3 student at G.S.Notre Dame de Lourdes in Byimana, Muhanga District.

“We have participated in this African Code Challenge, I am so proud of having this award and it makes me happy, I think that I will win to other competitions.” Said  Gatarayiha Junior Norce,12, Senior one student at Lycée de Kigali.

“I feel good and I am happy because I have got my own phone, it will help me to get in online meeting and charting. The competition was not really difficult, but I did not have enough time to do it. It was all about scratching. I want children to learn more in using electronics.” Said Bezalel Magede Tatenda, Grade 4 student at Discovery international School in Kigali.

Chara Itoka, the mother of Xavier Cooper who is the first winner said: “ I am so proud and excited but I am not surprised, Xavier has always for STEM, especially Robotics and coding, so, I expected him to do well in the competition. I can tell parents to support their children’s education, creating them opportunities to learn beyond schools. “Parent, you are your child’s first teacher!”

NAGAZURA Aline, from Gikondo sector, Kicukiro district is the mother of Gatarayiha Teta Yedidia and Gatarayiha Junior Norce said that she guided them a lot in the competition and bought them internet bundles.

She tells parents to encourage parents to be closer and supportive to their children’s education as every child can win.

The African code week is an annual event that takes place in October. 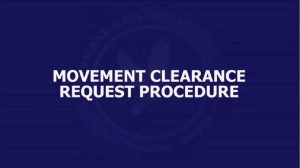 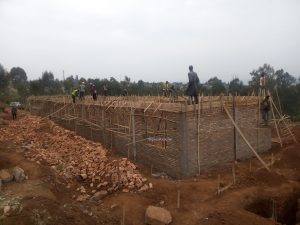 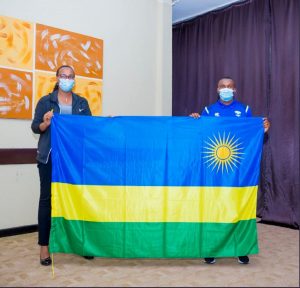