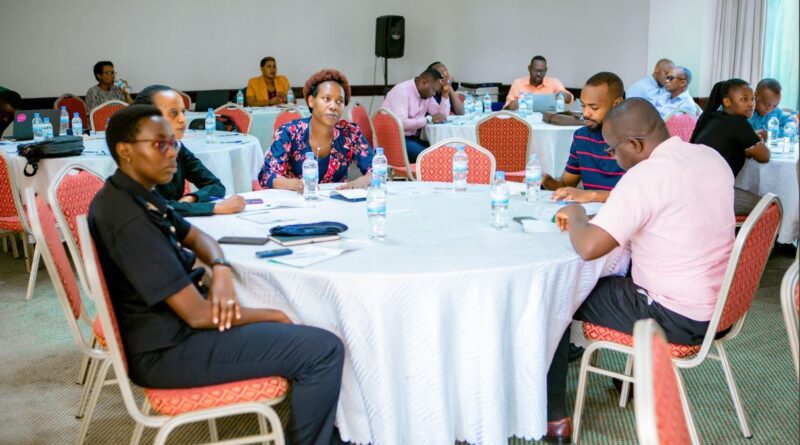 Dr. Aimable Mbituyumuremyi, the Division Manager Malaria and Other Parasitic Diseases at Rwanda Biomedical Centre (RBC) has said that the new interventions that are to be rolled out in the fight against malaria among high risk group will not replace the existing one but supplement them to achieve Zero Malaria.

He was speaking at the sidelines of a consultation meeting organized by Rwanda NGO Forum with representatives of groups of people at high risk of contracting malaria due to the number of hours they spend outside at night. These included School Security organs, hotel staff, health care providers, students at school among others.

Mbitiyumuremyi said it was recommended by the Global Fund to ensure that all people at risk of malaria have equal services or equal chance of getting protected, “that’s why we conducted that assessment to identify those vulnerable groups so that we can put in place strong interventions addressing these gaps.”

He added that although the government has implemented many interventions to combat malaria, including the use of mosquito nets, insecticides, repellents, and larvicides, there is still a risk of malaria infection.

He said that through assessments they found out that certain people were at high risk of contracting malaria since t, increasing their likelihood of being bitten by a mosquito.

“It was recommended by the Global Fund to ensure that all people at risk of malaria have equal services or equal chance of getting protected. That’s why we conduct that assessment to identify those vulnerable groups. So that we can put In place strong interventions addressing these gaps.” he said.

Participants said they were to implement the new interventions to safeguard their employees.

Nsabiyumva Damien, the vice mayor of Kicukiro District in charge of economic development said the district leadership at all levels would meet with these groups in order to offer them with a package of information and raise awareness among those groups.

“We intend to bring these methods closer to people and targeted groups. For example we shall find a way of introducing fish farming with fish feeding on mosquito eggs”   Nsabiyumva noted.

Superintendent Francoise Nyirasafari from Rwanda Correction Services (RCS said that they are going to plan the use of repellents and larvicides to their staff as one tool to prevent them from malaria.

“Nyirasafari said that one measure they will do to protect their personnel from malaria is to plan the usage of repellents and larvicides,” Nyarisafari said.