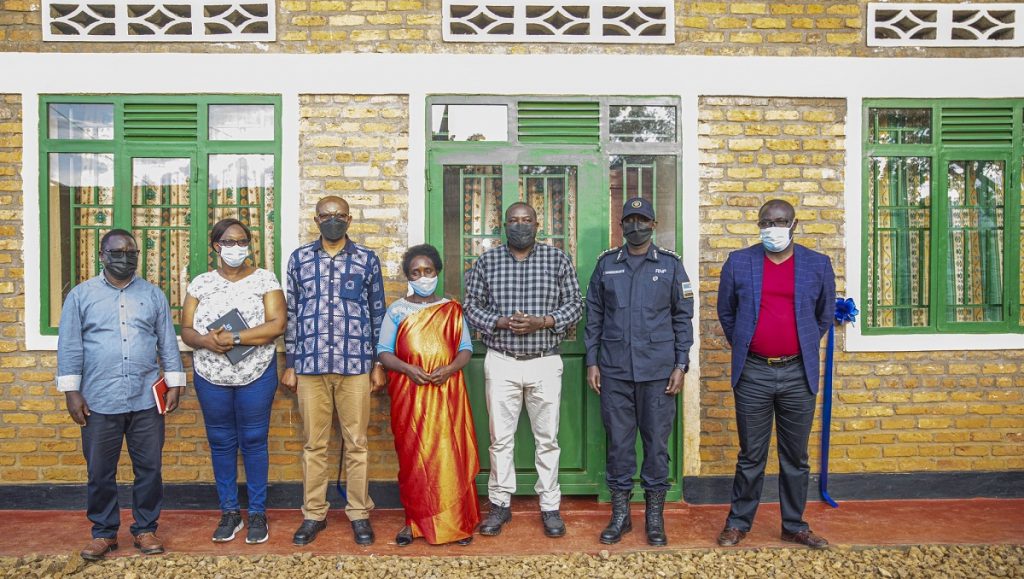 Rwanda National Police (RNP), on Saturday, May 7, handed over two houses it constructed for the disadvantaged families on Nkombo Island in Rusizi District.

The Minister of Local Government, Jean Marie Vianney Gatabazi handed over the houses to the beneficiaries in an event graced by other senior government officials, including the Minister of Interior, Alfred Gasana, Governor of Western Province, Francois Habitegeko, Chief of Defence Staff (CDS), Gen. Jean Bosco Kazura and Deputy Inspector General of Police (DIGP) in charge of Operations, Felix Namuhoranye.

The decent homes are part of the RNP extended 2021-2022 ‘Police Month’ under the theme “21 years of partnership in policing towards sustainable safety and better livelihood for the community.” 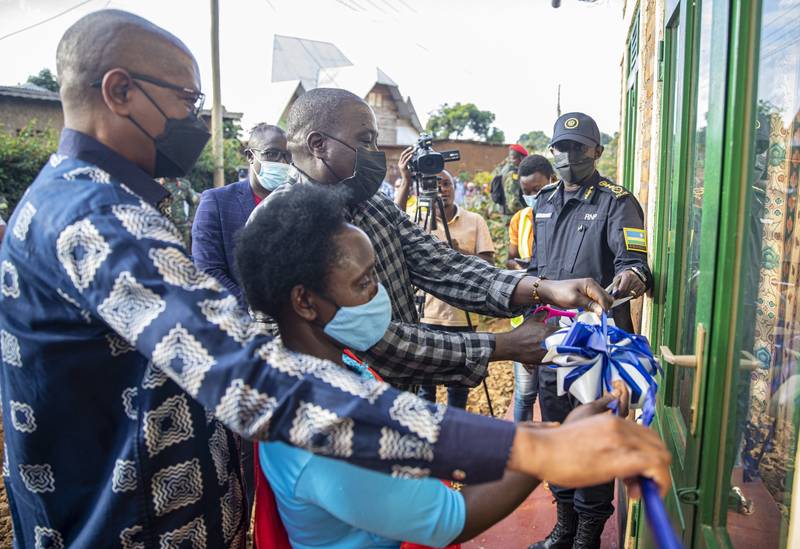 “I am so happy today that I have a house. I was living in a house, which was leaking and when it rained, I and my nine children would congest ourselves in the small living room,” said Nyirandimubenshi.

She added: “We were insecure and this house that our government has given us today is also our security. I thank our police for thinking about us to give us this decent home.”

RNP also lit more other 200 households at the dazzling island with solar energy and 500 islanders given medical insurance.

So far, RNP has injected about Frw1 billion into human security and community development activities across the country, since it launched the 11th edition of the annual anniversary activities in December last year.

Minister Gatabazi told residents of Nkombo that the government keeps them in mind and assures them security and improved well-being.

“We are with you in the development process and that is why we are here today. In development, people of Nkombo should have enough food and be able to even supply markets. Corruption and injustice must be eradicated and people’s problems solved quickly,” Minister Gatabazi said.

DIGP Namuhoranye said that the Police Month was extended so as to also build houses and support the people of Nkombo island.

“We assure you of the cooperation in improving your welfare and security, and ask you to be responsive partners in crime prevention to fight anything that can affect your well-being,” DIGP told the residents.

To mark its 21st anniversary, RNP constructed 30 houses for the disadvantaged families in different parts of the country, connected about 5000 households with solar power system; covered medical insurance premiums for over 1600 families; financially supported 11 cooperatives in fishing, beekeeping, piggery and poultry including six in Rubavu District, which were given Frw40 million.

At least 13 modern cattle spray races were also build in Nyagatare, Gatsibo and Kayonza; and four families in Gishari, Rwamagana District were given heifer.

RNP in partnership with City of Kigali also awarded a pick-up vehicle to Bumbogo Sector of Gasabo District for its outstanding efforts to raise awareness against the spread of Covid-19.