New Challenge to light up Families during festive season 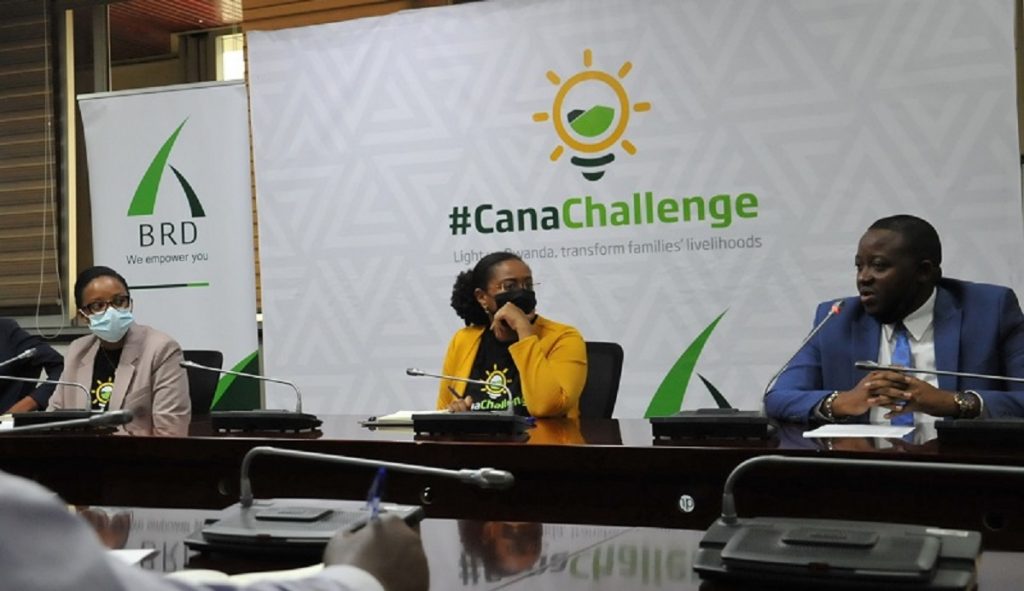 The Development Bank of Rwanda (BRD) has launched a new corporate social responsibility challenge that will see 10,000 families connected to solar energy this festive season.

The challenge, dubbed CanaChallenge, was launched this December 16, 2021 as a campaign companies, individuals and government organs can make a voluntary pledge or contribution to light up a Rwandan family that is on the off-grid and cannot access electricity.

The campaign comes as a leaf of the ongoing 5- year World Bank (WB) funded $48million Rwanda Renewable Energy (REF) program which has seen over Rwf9billion spent to connect over 94,000 households and small businesses with subsidized solar energy systems under the Cana Uhendukiwe program.

According to Liliane Igihozo Uwera, the Special Project Implementation Unit (SPIU) Coordinator at BRD, the campaign is aimed at supporting government efforts towards access to electricity for all by 2024.

“Cana Uhendukiwe program has contributed about 80% of the off-grid connection but we have seen that there are still many families who cannot afford to pay for the solar power, thus launching this campaign will enable us to reach more,” Uwera said during a press briefing today.

Uwera said that the challenge intends to connect 10,000 families within the next two months but to kick start the pledges and contributions the bank will offer a top up of Rwf100,000 per each Rwf15,000 that will be offered.

This means that the BRD Bank will top up to Rwf1.5 million in the challenge and will be looking for about Rwf150million from the corporate community and society in Rwanda.

“For this to succeed we are also starting from within the bank and its staff who will also have a contribution to the challenge, before we take it to other banks, companies and government institutions,” Uwera stated.

Alida Ikuzwe, the BRD Manager Energy Portfolio said that contributing to the challenge will not only light up the lives of some Rwandans but also contribute to the green and clean energy agenda which the government has committed to in the Nationally Determined Contributions (NDCs).

The Government of Rwanda has announced an ambitious climate action agenda that features a 38% reduction of greenhouse gas emissions compared to business as usual by 2030, equivalent to an estimated mitigation of up to 4.6 million tonnes of carbon dioxide equivalent (tCO2e).