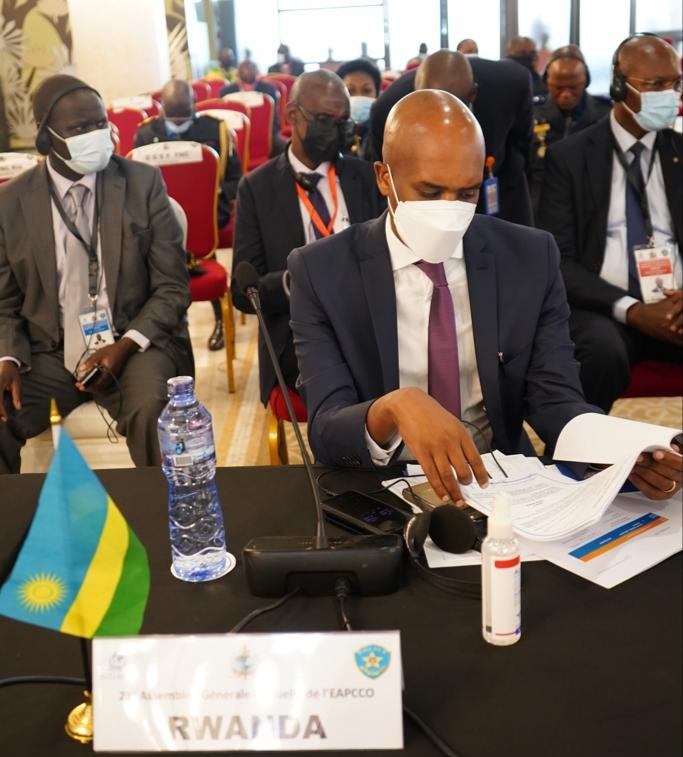 The meeting for Council of Ministers responsible for Police affairs in the 14-member countries, followed the Council of Police Chiefs held on Thursday under the theme “Enhancing law Enforcement Strategies in Combating Transnational Organized Crimes in the Wake of COVID-19 and Beyond.”

The ministers appreciated EAPCCO member countries for their effort in combating terrorism and transnational organized crimes through enhanced cooperation and collaboration.

While officially opening the meeting, the Prime Minister and Chief of Government for DRC, Jean-Michel Sama Lukonde, emphasized the importance of sub-regional organizations in the fight against transnational organized crimes.

“There is need to foster cooperation and to build capacity of law enforcement officers, continually share information and conduct due diligence on suspects,” Lukonde said.

He commended member countries for the continued support to DRC President, Félix Antoine Tshisekedi Tshilombo in his roles as the current President of African Union.

DR Congo took over the chairmanship for both councils of Police Chiefs and ministers responsible for the Police affairs, from Tanzania.

The ministers welcomed the decision by the Council of Police Chiefs to elevate the Marine Police College in Mwanza, Tanzania to EAPCCO Centre of Excellence in Maritime Police training.

DR Congo was also given the responsibility to establish a regional operation unit under EAPCCO Counter Terrorism Centre of Excellence (CTCoE) to collect, analyze and disseminate terrorism related information for action.

Other resolutions include expediting EAPCCO Centers of Excellence by host countries, strengthening sharing of crime-related information on transnational organized crimes and heightening the use of Interpol policing capabilities to facilitate the process.