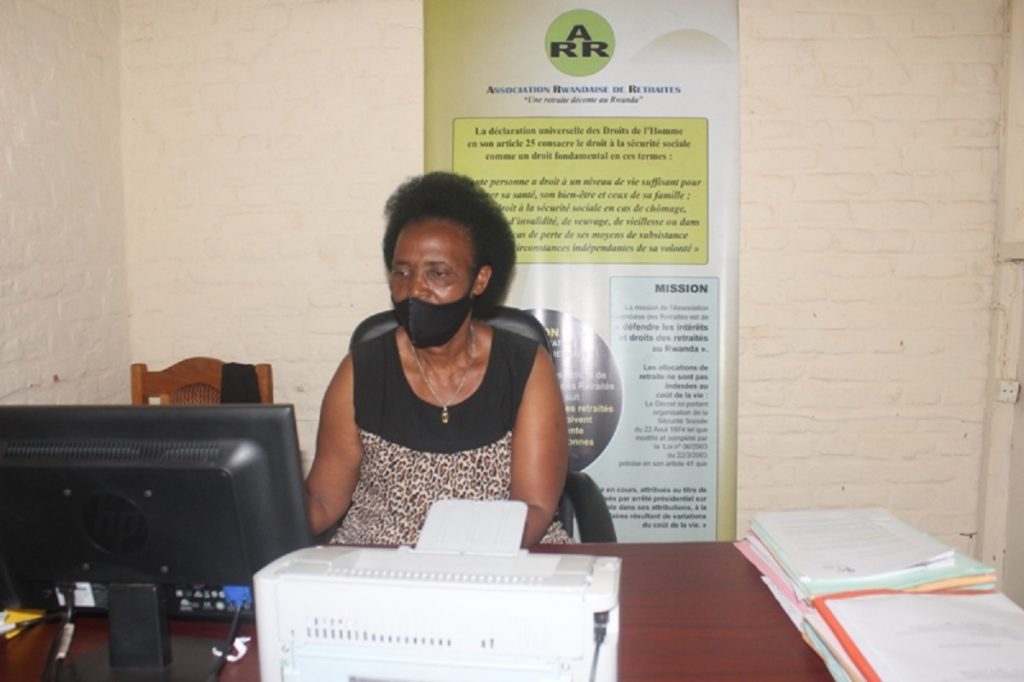 The Rwanda Pensioners’ Association (ARR) receives acclaims from its members saying that since they joined the drive there have been solutions to their life complications, leading to becoming free from loneliness, as well as having full access to the right to social-security accurate procedures.

The Rwanda labor law states how the employer and the employee cooperate safely, whether for the public or the private sector, and sets out the rules for how the employer pays the employee’s insurance fee at the Rwanda Social Security Board (RSSB). This applies to every retiree who receives pension, being at least at the age of 65, allowing them to live their old life in secure conditions.

Speaking to local news outlet ‘Mama Urwa Gasabo’, Dorothea Uwimana the Member & President of Rwanda Pensioners’ Association (ARR), said that since the foundation of the association in 2006 with only 136 members in the City of Kigali, the main objective was to end loneliness amongst its members.

“Since the pension scheme was put in place in Rwanda, people in that category i.e., pension beneficiaries used to live in solitude, feeling isolated from their fellow workers at the point that they would go home and live-in loneliness. The fact being that they would remain required to collaborate with their neighbors whom they considered unfamiliar to, because of less time spent with them during the previous time,” She said.

Uwimana added that the main reason for retirees to feel that loneliness was the fact that they were few in their localities, for example one retiree in a whole Sector leading to barely finding his/her fellow to exchange new condition experiences.

“At that time people had in mind that a person who becomes a retiree was about to die, and with the severe solitude some would hardly resist and die undeniably. The one who had no possible occupation to keep him/her active would die, or encounter health difficulties related to being sidelined. All this is what the association was inaugurated to resolve,” She said.

According to Uwimana, another difficulty that ARR was established to resolve is to make sure pensioners have their rights amid social security, as some of them had no knowledge on how to access monthly old-age benefits.

“Some employees were used to being given a certain amount of money when they reached the stage of retirement, and they kept quite regardless of how accurate the process is done because they had no information about it. But this association came with intervention, which led to some getting back their ignored justice,” She explained.

Faustin Minani, the vice President of ARR, says that this association is much helpful in monitoring members’ daily living conditions like integrating them in the community to contribute to the wellbeing of the society through social collaborations.

In a specific way, ARR handles pensioners’ problems with its legal practitioner hired to help in case there is a dispute between retiring employee and his/her employer.

Among efforts made by ARR include advocating for monthly payment to pension beneficiaries, whereas they had to wait for a three-month period to get their fees before.

Currently, ARR has branches in all Districts and some Sectors with the main aim to expand service for the sake of the general wellbeing of its members and all the Rwandan community in general.

ARR calls on all retirees to step forward and join the association for the sake of building a firmer collaboration in order to develop together, giving at the same time their contribution to the wellbeing of the Rwandan society throughout sharing distinct experiences from their former fields of work.