NYABIHU: Over 4,500 litres of illicit brew seized in intensified operations 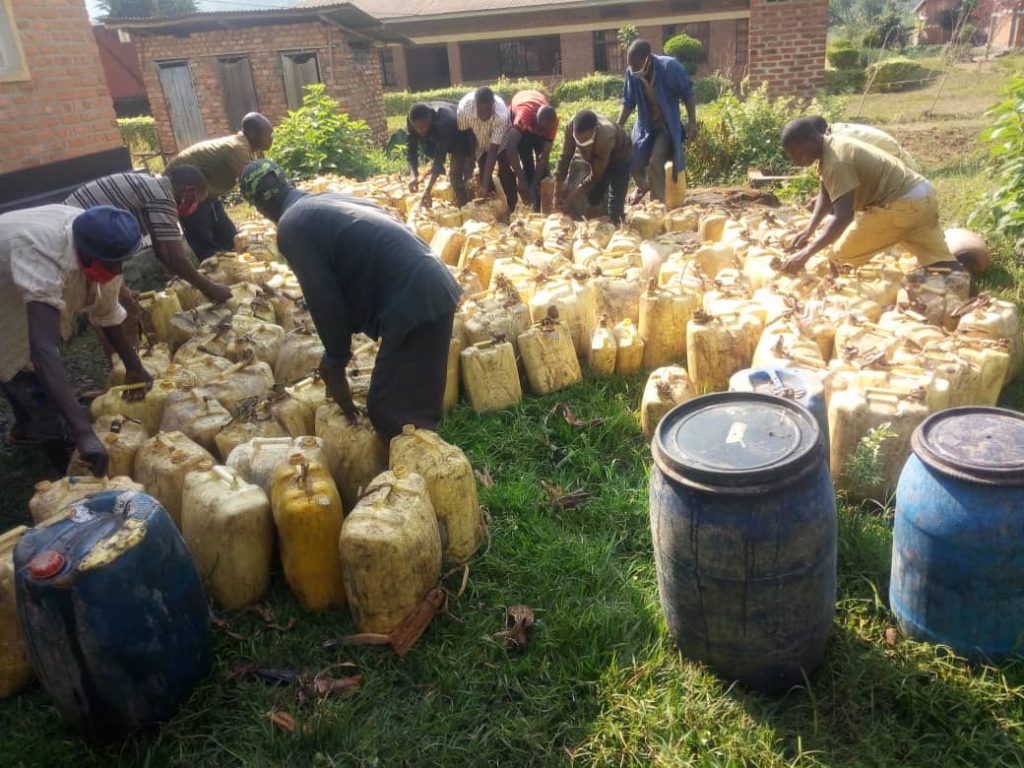 The substances were impounded in separate operations conducted in June in the sectors of Rugera and Shyira.

The psychotropic substances were disposed-of on Saturday in a public exercise held in Rugera Sector.

Chief Inspector of Police (CIP) Bonaventure Twizere Karekezi, the Police spokesperson for the Western region, said that the operations were conducted by Rugera Police station, which oversees the two sectors.

“There was information about people venturing in illegal breweries producing psychotropic substances especially in Gicumbi District and supplying other dealers in Musanze District. Rugera and Shyira sectors in Nyabihu were, therefore, found to be their main trafficking routes,” CIP Karekezi said.

“Two vehicles were impounded during the operations; one Daihatsu was transporting 2, 200 litres of illicit brew while another had over 1,000 litres. Other psychotropic substances were being transported on motorcycles and bicycles,” he added.

He explained that through communication between District Police Units, they traced the sources where the substances were produced, dismantled the illegal distilleries and owners handed varied penalties as the law specifies.

He observed that besides being unhygienic and harmful to consumers, these psychotropic substances have been found to be the source of other crimes related to gender and domestic and fighting.

“We commend the role of the public in these successful operations, which were mainly based on credible information they shared with the Police on producers, traffickers and routes used,” CIP Karekezi said.

Under article 263 of the law determining offences and penalties in Rwanda, anyone convicted for producing, trafficking or selling narcotic drugs and psychotropic substances faces between seven years and life imprisonment and a fine of up to Rwf30 million.