Journalists in Rwanda to get free legal services 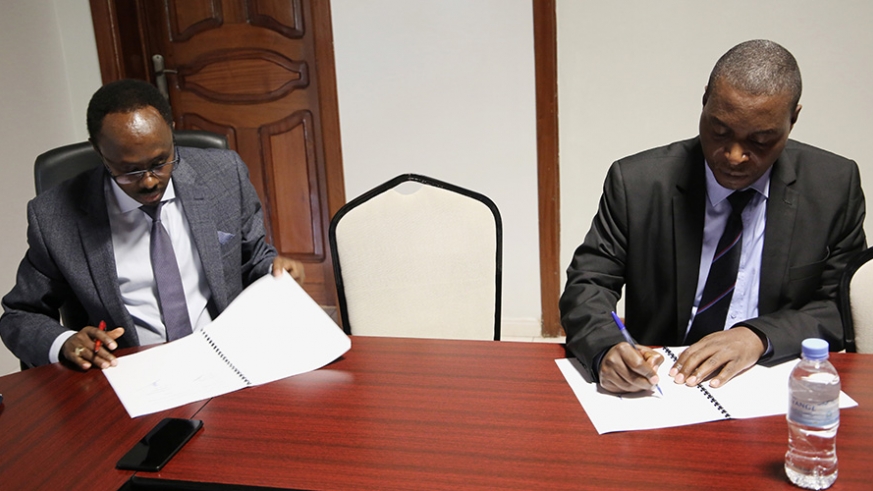 Rwandan journalists and media practitioners are set to have free legal representation when faced with lawsuits concerning their work, according to a deal signed on June 25 between Rwanda Media Commission (RMC) and the Legal Aid Forum (LAF).

Besides giving free legal representation, the agreement signed between the two institutions will see the LAF give support to RMC’s self-regulation mechanism and complaint handling to enhance justice.

The LAF will also root for joint resource mobilisation to promote the safety of media professionals, support journalists reporting on investigative legal and judicial related affairs.

The two institutions also look to jointly conduct forums of knowledge transfer with stakeholders mainly to promote the knowledge of the access to information laws and related instruments for its effective implementation and jointly work on activities related to the promotion of freedom of expression.

Despite the decriminalisation of defamation in 2018, journalists in Rwanda are still faced with risks of lawsuits.

For example, some cases can be filed against journalists in regard to the publication of content that threatens national security; and violation of privacy, according to Jean-Paul Ibambe, the Project Coordinator of Promotion of Freedom of Expression in Rwanda and its Favourable Legal Framework (a Legal Aid Forum Project).

According to Ibambe, LAF has been assisting journalists facing lawsuits, though such support was without a framework in place,

“We have four pending cases before the courts of law involving media practitioners. We are assisting them free of charge. These ones were referred to us without a framework in place,” he said.

Among examples of media practitioners facing the law are three Iwacu TV (a YouTube TV) journalists who are facing the law on charges related to threatening national security.

Andrew Kananga the Executive Director of LAF hinted on the importance of assisting such people to get due process before the law,

“We expect it to benefit especially journalists. If our journalists work professionally, respect the law and explain it to the citizens, it assists the society to be free and develop in a way that is respectful of the law,” he said.