FOUR NEW NPP UNITS WILL BE BUILT IN RUSSIA 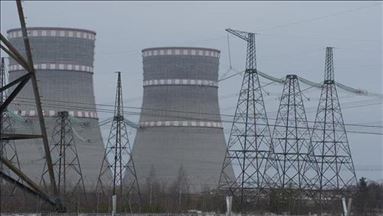 Сommenting on this decision, Likhachev said: “The Russian nuclear power industry has approached this stage with newly developed types of NPPs – the VVER-1200 and VVER-TOI. These projects are being successfully implemented in Russia, and VVER-1200 is also implemented abroad. They were designed according to the latest achievements and developments that meet all current international safety requirements”.

These facilities are included in Russia’s General scheme of electricity facility placement until 2035, approved by the Russian Government. JSC Rosenergoatom, part of Rosatom State Corporation, will be both the developer and technical coordinator of the investment projects.

The first stage of Leningrad NPP-2 construction serves as a reference project for the new units of the Leningrad NPP. The VVER-TOI project similar to the one that is under construction at Kursk NPP-2 will be implemented in Smolensk.

“The new power units will replace the units with RBMK-1000 reactors, whose service life will end in the next decade. According to preliminary estimates, their construction will create up to 15 thousand new jobs, provide regular tax revenues to regional and local budgets,” said Andrei Petrov, Director General of JSC Rosenergoatom.

By the end of this year, a preliminary work implementation project will be carried out at the construction site of new power units № 3 and № 4 with VVER-1200 reactors of the Leningrad NPP-2. Temporary household construction camps and an industrial base are planned to be built. Over the 2020-2022 period, public hearings will be held regarding license justification and an assessment of the environmental impact of units 3 and 4. Construction project evaluation has to be carried out until 2022.

In February 2019, ROSATOM and the Ministry of Infrastructure of the Republic of Rwanda signed two memoranda of cooperation; on education and personnel training in the field of nuclear energy in Rwanda and on the formation of the positive public opinion on nuclear energy in the country.

ROSATOM is the only company in the world that has the resources and competencies to offer energy solutions across the nuclear supply chain. It possesses a wide range of assets, including assets in design, construction and operation of nuclear power stations, uranium mining, conversion and enrichment, supply of nuclear fuel, decommissioning, spent fuel storage and transportation and safe nuclear waste disposal. Rosatom is also engaged in the production of equipment and isotope products for the needs of nuclear medicine, scientific research, and materials science, the production of digital and of various nuclear and non-nuclear innovative products. The company’s strategy is to develop low-carbon power generation projects, including in the wind generation field. Today the company brings together over 300 enterprises and organizations and over 250,000 employees.

The 75th anniversary of the Russian nuclear industry

The year 2020 marks the 75th anniversary of the Russian nuclear industry. Russia has always been a pioneer in the peaceful use of atomic energy. In 1954, Russian scientists launched the first nuclear power station, and today Rosatom already has three units with the latest 3+ generation reactors. Over three quarters of a century thanks to the Russian nuclear industry nuclear units have appeared in many foreign countries, and today Rosatom is the leader in terms of the size of its foreign portfolio. Rosatom has the world’s only nuclear icebreaker fleet, the most powerful fast neutron reactor; it contributes to digitalization as well as nuclear medicine.