In China, life returning to normal as coronavirus outbreak slows 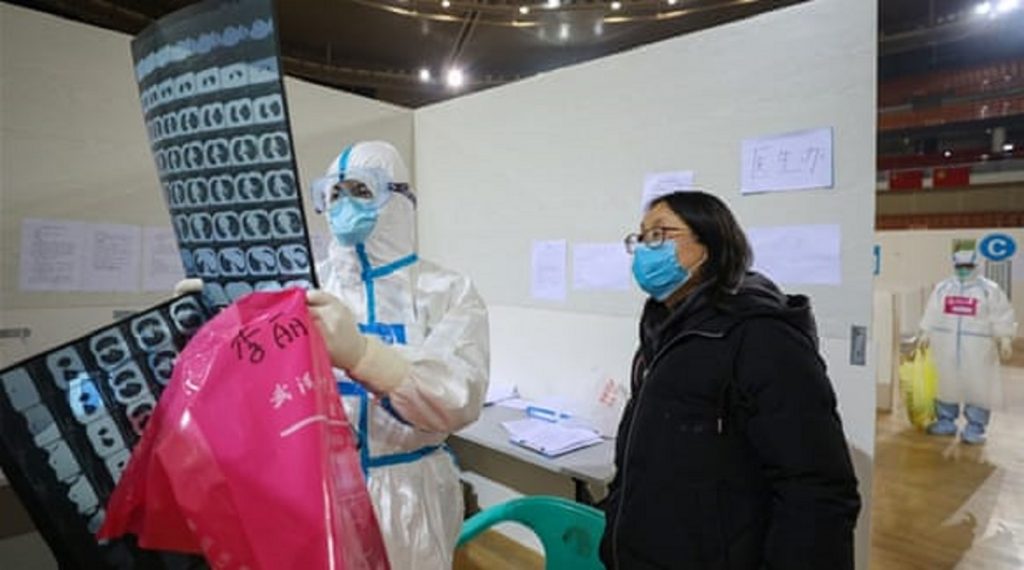 Draconian measures, which appear to have quelled the outbreak in China, are gradually being relaxed.

Chongqing, China – “Look! What a big fish!” Ding Shijiu exclaimed in joy after catching a carp from the lake where he normally goes fishing.

Sitting under a tree full of spring blossoms on a warm day, Ding is finally able to catch up with old friends over a few fishing sessions – something he has been unable to do since the coronavirus pandemic started to sweep across China in January, prompting a major lockdown of cities and provinces across the country.

“The last two months felt surreal and, trust me, I’m almost 70 years old, and I’ve seen a lot of things,” Yang said while pointing at his friends, unable to contain his excitement of seeing them again.

“But we’re all still alive, and I’m just so happy that the worst has passed.

“This is the first time I came back fishing at this lake since Lunar New Year – I’m very happy,” Yang said with a smile, before trying to reel in another fish.

Like many people in China, Yang has spent nearly all of the last two months at home as the central government imposed unprecedented quarantine measures across the country in a drastic bid to contain COVID-19, the disease caused by the virus. The central province of Hubei and its capital Wuhan, where the virus was thought to have originated, were completely sealed off.

As the number of COVID-19 cases confirmed overseas daily have surpassed those within China, the draconian measures that appear to have quelled the outbreak domestically – particularly outside Hubei – are gradually being relaxed.

Chongqing, Yang’s hometown bordering Hubei, has had more than 500 confirmed cases since the disease started to spill into the municipality. But now, there have been no cases in the city for several days.

The slowdown is not only in Chongqing. Across the country, 13 out of 34 provinces in China have cleared their remaining cases, and approximately 69,000 of 81,000 confirmed cases have been discharged.

Pressure easing
Even in Hubei, where some 10,000 cases remain, the pressure on front-line medical workers has eased. On March 17, the first batch of nearly 4,000 medical workers who were parachuted into Wuhan to help control the outbreak were able to leave.

With so many provinces having downgraded their emergency response levels, China is slowly – and cautiously – returning to normal life.

Classes are gradually resuming after most students spent the last month or so at home and studying online. In provinces classified as “low risk of infection,” including Guizhou, Qinghai, Tibet and Xinjiang, local governments have allowed educational institutions to resume classes this month.

“I couldn’t really focus while taking courses online, and I can’t afford to waste any more time because the college entrance examination is in a few months,” said Ouyang Yanjiang, a student in Guiyang, referring to the highly competitive national exam that determines which college students can attend. “I’m glad that we are going back to school.”

Meanwhile, factories that were ordered to suspend operations are also starting to pick up their assembly lines after what many small business owners who spoke to Al Jazeera described as something akin to a “near-death experience” for their companies.

According to the latest report released by China’s National Bureau of Statistics, in January and February, the peak of the outbreak in the country, the industrial output of the world’s second-largest economy plummeted to the lowest point since 1998, and the unemployment rate soared to more than 6 percent, the highest on record.

The suspension has pushed many businesses to near-bankruptcy, but as the quarantine measures have been loosened, many are preparing for a rebound in production.

Cities that have a high density of manufacturing industry, including Guangzhou and Shenzhen in the south, are organising their employees’ return to work and pushing for the resumption of long-suspended business.

For example, the production line of Woniu, a Guangzhou-based kitchenware factory, came to a halt on January 20 – the day the government confirmed human transmission of the virus.

The head of the factory told Al Jazeera that, with their income near zero for the last two months, they had been on the brink of closing down the facility for good. But on March 9, their proposal to reopen was accepted by the government, and they are now back in business.

“It’s still high pressure to just break even, but at least we are now back to work,” Liu Lufei told Al Jazeera over a chat session on Taobao, the online shopping site under Alibaba. “Dear God, that was a difficult time.”

The harsh toll the outbreak took on people’s lives also appears to be easing.

Chengdu, famous for its hotpots and foodie culture, now has only a dozen cases remaining and the provincial government has said no new ones have been detected over the past three weeks.

That has allowed a gradual reopening of restaurants, although people remain cautious.

In videos shared online, restaurant patrons line up in front of the city’s many hotpot restaurants – wearing masks and keeping a safe distance from each other.

During the peak of the coronavirus outbreak, residents of Chengdu told Al Jazeera that the first thing they planned to do when the emergency ended was to go to a restaurant, “eating hotpots with friends and family”.

For a city whose soul is “hotpot flavoured”, as some playfully describe it, the reopening of Chengdu’s hotpot restaurants gives residents an almost unparalleled reassurance that the worst of the outbreak has indeed passed.

“We are only allowed to accept 50 percent of our restaurant’s maximum capacity for dine-in guests, and that’s the rule for all restaurants in Sichuan (the surrounding province),” Xiao Ma, a waiter at Shudaxia, a famous hotpot restaurant in Chengdu, said. “But in the last few days, we have been hitting that line almost non-stop.”

“People’s taste buds have been pent up for too long,” Ma jokingly said.

Travel gradually being allowed
Apart from dining out, people are also gradually regaining their ability to travel. Many provinces and cities have steadily resumed their public transportation, including inter-provincial long-distance buses that were suspended across the country days after Wuhan was sealed off on January 23.

Even in Hubei, the provincial epidemic prevention and control command has allowed “low and middle risk” areas, such as Xianning and Yichang, to begin operating public transport again.

News coverage of the outbreak has also eased. In late January and February, it was difficult to turn on a television or use a mobile phone without constantly being exposed to news about the coronavirus – but with the epicentre shifting to Europe, many entertainment shows are reappearing on Chinese TV.

“Now I’m able to watch something on TV that is not about coronavirus, and that was unimaginable last month,” Zeng Yunru, a Wuhan resident, said. “It’s funny that all of us seemed to have forgotten what our life was like before the virus.”

Barbershops reopening, parks welcoming tourists again, migrant workers making their way back to their jobs – the calamity that disrupted China’s society so completely seems to be receding steadily.

As life begins to return to normalcy, however, experts worry that there is still an underlying risk. There are worries that as soon as the expansive quarantine measures are lifted, China will be a hit by a second wave of infection, especially as the coronavirus is now a global pandemic and imported cases outnumber local ones.

China reported only one new domestic coronavirus case on Monday, in Hubei. Twenty other cases were of travellers arriving from overseas.

“I don’t think anyone is saying the outbreak is over – only the worst seems to be over,” Zeng said when asked about her concerns. “What we can do is still exercising social distancing and slowly driving our lives back to normal.”